Choosing a single Michelin-starred restaurant from the vast collection in San Sebastián is almost mission impossible. Sure, we could’ve picked one for every day of our trip, but we hadn’t become lottery winners overnight. After reading countless reviews and speaking to trusted sources, we settled on Mugaritz. Only to learn that it was closed for weeks for menu development.

Instead of scrambling to find a last-minute, post-arrival alternative, we decided to wing it. Well, that’s not strictly true as I did have my personal list of pintxos bars to hand (link below). Featured in my top 10 is Atari, and after eyeing up its neighbour Kokotxa from the terrace while enjoying one too many glasses of txakoli, we popped in and made a lunchtime reservation. When in San Sebastián…

The ambience at Kokotxa is about as far as one can get from that of the surrounding bars: large round tables cloaked in white instead of bare wooden counters; conversations at a peaceful volume instead of market day-level din; and oodles of light and space instead of dark and cramped. Granted, fine dining à la Basque may seem boring compared to its casual cousin pintxos, but to miss out on this experience would be like going to Paris when dieting: why bother?

Guided by the sommelier, we uncharacteristically ordered a bottle of white wine (El Paraguas, 2015), sipping it as we settled in for the tasting menu feast. This lazy lunch took place seven months ago and yet the memory of the dishes will never fade. I can still taste the celery sorbet accompanying the shadefish tartare, the description almost enough to deter this lifelong ‘celeryphobe’: surprisingly delicate, with just a whisper of a bitter backnote.

Until this moment, the light texture of sorbet had never appealed to me, disappearing off the tongue faster that Boris Johnson’s U-turn on Brexit. So, I was stunned to find myself appreciating a second quenelle, this time flavoured with thyme. Its partner on the plate, sweet slices of olive oil-coated tangerine sparsely flecked with tiny thyme leaves, was intense in colour and flavour. I instantly succumbed to savoury sorbets, more recently devouring a tomato and basil one in an Italian salad in Paris.

The seafood dishes showcased the beauty of Basque cuisine as well as the chefs’ skills. Luxuriating on a bed of rice, beets and seaweed, the solitary carabinero prawn was pillar-box red, its sweet, meaty flesh cooked slightly underdone and chunky head full of fishy goodness. Soft shell crab was subtle to start in comparison, until the fiery heat of kimchi ticked our tongues (made in house by Korean chef Sung Wook), cooled by tapioca in coconut cream; the textural contrast was delightful. Completing the trio was seabass, served sans sauce and still impressively moist. Cubes of Iberian bacon, interspersed with dainty domes of picked white bean cream, imparted saltiness and crispiness.

Pink pigeon from Bresse, an area of France usually associated with premium chicken, satisfied our carnivorous cravings. Corn French toast and black sesame were strong accompaniments, but lacked the complexity of the seafood courses.

It would’ve been shocking if the grand finale of red fruits and chocolate ganache had failed to please out chocolate-loving taste buds. Berries were presented whole and in paste form, while the chocolate incarnations resembled sponges and brownies. The tangy flavours and various textures made for a playful conclusion.

Pouring out of one pintxos bar and into another is the stuff of my holiday dreams, as is creative cooking in an effortlessly elegant setting. For those wanting a taste of the latter, make sure Kokotxa is on your list. 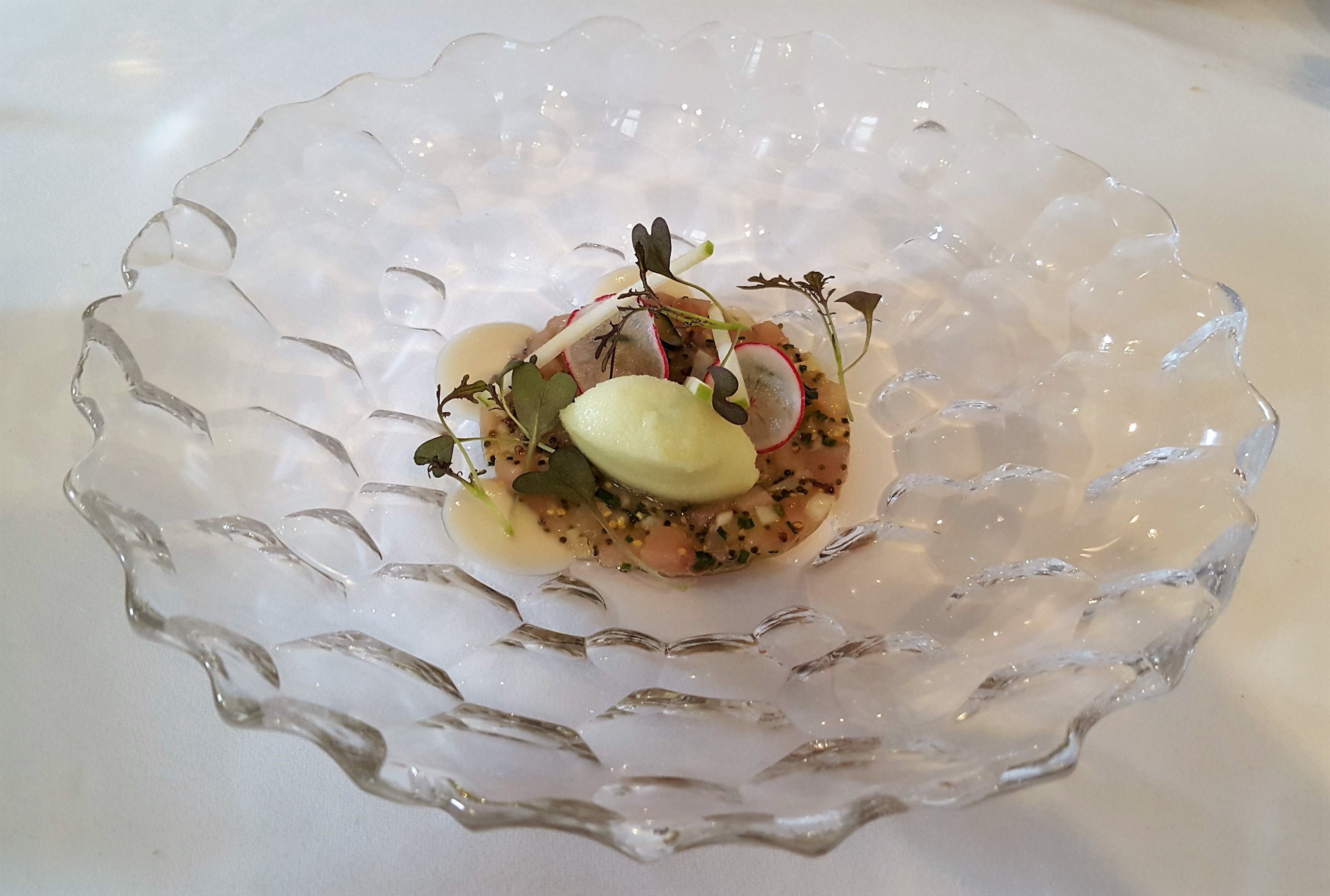 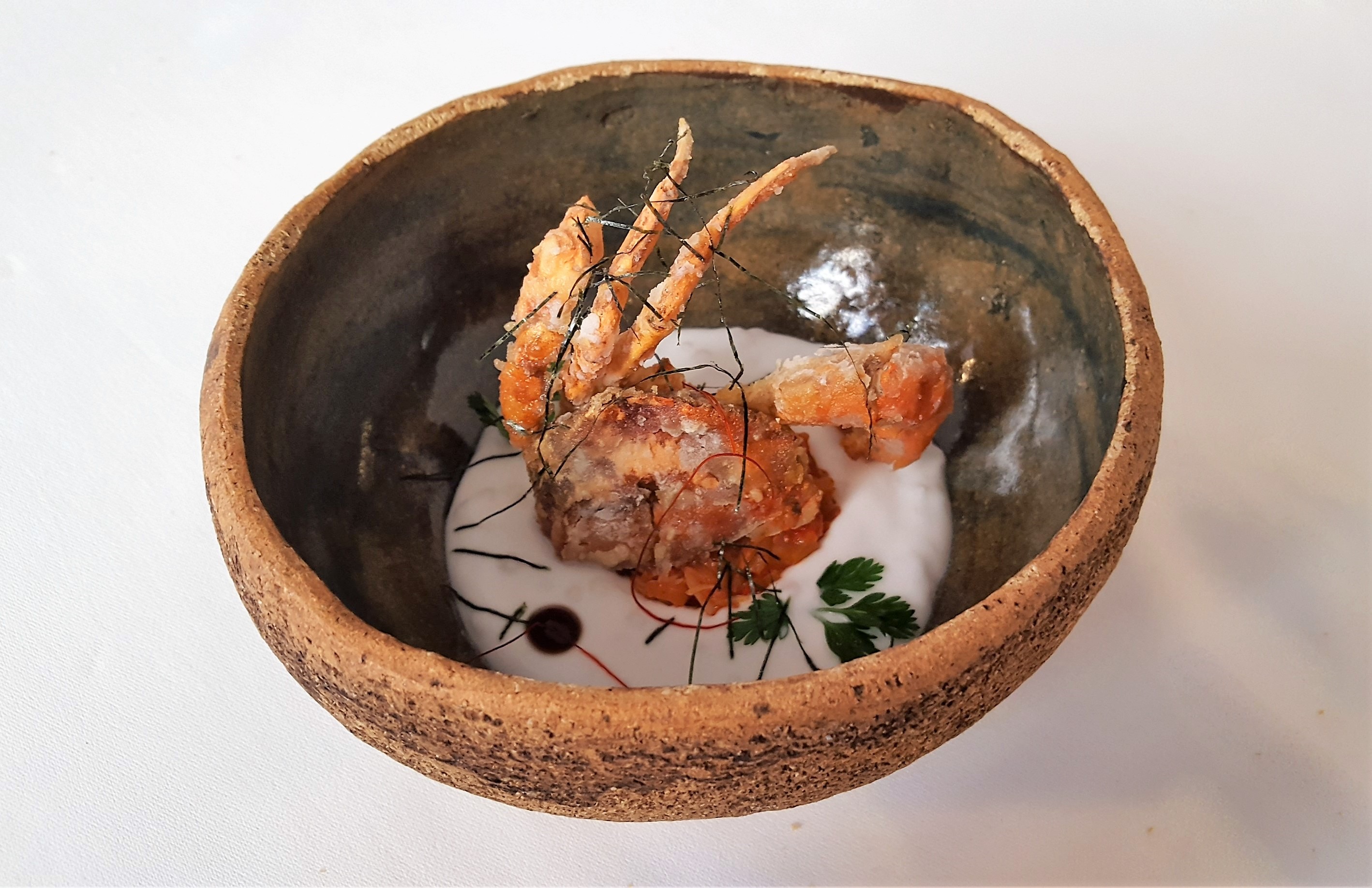